Central and South America is a vast region that comprises thirty-two different countries and many small offshore islands.

The main languages in this region include Spanish, Portuguese, English, French, Dutch and the American Indian languages. Spanish is widely spoken amongst most of these nations, except for Brazil where Portuguese is spoken, French Guiana where French is spoken, Suriname where Dutch is spoken, and Belize and the Caribbean where English is spoken. In addition, the American Indians speak their own dialects. There are over 1700 dialects, with Nahuatl, Mayan, Quechua, Guarani and Aymara being the most dominant.

During the late 1970s and early 1980s, True Jesus Church (TJC) members, primarily from Taiwan, emigrated to Central and South America. To preserve their faith, these brethren held family services. Gradually, under the guidance of the International Assembly (IA), the Taiwan General Assembly and U.S. General Assembly (USGA) the gospel seed began to germinate and to grow in more places in this vast region.

On May 9, 1992, the Central and South American Coordination Center (CSACC) was established, with the objectives of enhancing pastoral care in the region and strengthening communication among the various places of worship.

The Lord continues to work, and from a humble beginning of gathering for family services, our brethren now have their own church buildings which can be used for evangelism, pastoral work, and training.

Pastoral and evangelistic work in this region is primarily supported by the USGA. The IA also supports the work by regularly sending preachers to pastor the flock in this region.

The situation of the churches in Central and South America as of December 31, 2015:

The first seed of the True Jesus Church in the Dominican Republic was a Taiwanese family who emigrated there in 1984 to start a business. They did not forget their commission and they started proactively preaching the gospel. Initially, the service was held in an office of their factory. By the guidance of the Holy Spirit, believers gradually increased. In 1997, USGA officially took over the pastoral work in Dominican Republic. In 2002, a wooden house was purchased to be a place of worship in San Petro. In 2014, the USGA decided to dismantle the wooden building and reconstructed a cement building, thus providing better facilities for holding services, promoting the holy work and training. The new church building was completed in September 2015 and will be dedicated on July 16, 2016. It is a two storey building, with a chapel, a kitchen, and two offices on the first level and a preacher room and RE classrooms on the second level. Currently, there are twenty-one believers, mostly local Dominicans.

In 1982, the seed of the gospel reached Brazil. By God’s grace, the first prayer house (located in São Paulo) was officially established on February 6, 1993.

Our believers at the São Paulo prayer house are mostly local Brazilians. In the early days when workers were lacking, one could clearly witness how our Father in heaven guided and preserved these believers’ faith. At present, the IA sends workers to carry out visiting and pastoral work four times a year.

Foz do Iguaçu Point of Worship

The Foz do Iguaçu point of worship, attended mostly by believers of Chinese descent, is located at the intersecting border of Brazil, Argentina and Paraguay.

Foz do Iguaçu Point of Worship.

Under the guidance of God, the Argentina church, located in the capital city of Buenos Aires, has come a long way: from the early days in the early 1980s when a few believing families gathered for home service once a month, to the present congregation of over five hundred, with weekly Sabbath worship, and well-structured RE system, conducted in a grand and majestic church building.

Over the past thirty years, one can truly witness the gracious Lord’s support for the church in Buenos Aires.

There is at present a full-time preacher stationed in the Chile prayer house. He also takes care of pastoral work in neighboring Ecuador and Bolivia.

Our brethren in Ecuador reside in the four cities of Quito, Santo Domingo, Trucan and Guayagui. The members are cared for by the IA workers who visit four times a year.

There is a service meeting point in Santa Cruz, Bolivia, and to pastor these handful of believers who are mostly immigrants from Taiwan, the IA sends workers to carry out pastoral work four times annually.

The region of Central and South America stretches over a vast area and is home to a multitude of cultures and languages. At present, there are still many parts of this region where the gospel has yet to reach, and the diversity of languages is a major challenge to the evangelistic efforts in this region. In these end days, we pray that our Father in heaven will continue to bestow His grace, to preserve and guide us, so that we can establish His name in this vast continent of ours. May all glory and praises be unto the name of the Lord forever! 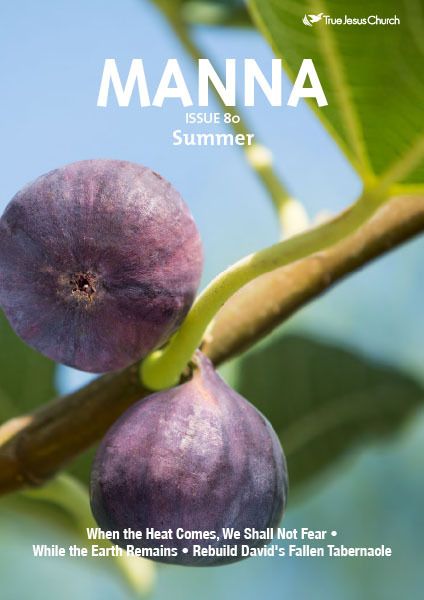