•         December 25 was the birthday of the sun god, worshipped by ancient pagans. Being farmers, these pagans worshipped the sun because it made their crops grow and provided warmth and light. During the winter solstice, it appeared to these pagans that their god was in demise. However on December 25, the sun begins its ascent at noontime, which the pagans interpreted as the rebirth of the sun god. The day was one of celebration for sun-worshippers all over the northern hemisphere.

•         The Romans celebrated the winter festival, Saturnalia, from December 17–24 (or as some sources suggest, December 17–23). It was dedicated to Saturn, the god of agriculture, and to the renewed power of the sun. December 25 was the “Day of the Invincible Sun” (Dies Invicti Solis), possibly introduced by Emperor Aurelian in 274 A.D.

•         Since Christmas is an adaptation of pagan festivals, many of its customs are also associated with pagan legends. Take the Christmas tree as an example. Legend has linked this tree to Nimrod (Gen 10:8) of ancient Babylon. After his death, a full-grown evergreen tree sprang out of the roots of a dead tree stump, symbolizing new life for him; legend also relates how Nimrod would visit the evergreen tree and leave gifts under it on the anniversary of his birth (on the winter solstice). The Roman version of this myth tells of the mother of Adonis, the sun god, who mystically changed into a tree and, in that state, brought forth her divine son.
The Druids[1] decorated oak trees with fruits and candles in honor of their god of harvest during the winter solstice. The Vikings regarded evergreen coniferous trees as symbolic of the end of the darkness of winter and the return of the light of spring.

•         Neither the apostles nor the early church celebrated the birthday of Christ.

•         There is no mention of such a practice in the writings of second century Christian leaders such as Irenaeus (c.130-200 A.D.). However, in this era, there was evidence that segments of the church were flirting with the assimilation of pagan practices into Christianity, setting auspicious dates for the birth and death of Christ. However, nobody had yet put forward December 25 as the date of Christ’s birth.

•         For Christians living in the Roman Empire, some were either influenced to join in the celebrations of Saturnalia, or failed to abstain from the festivities after conversion. But the church stalwarts were still strongly opposed to the assimilation of paganism.

•         In the fourth century, things changed and the Roman Catholic Church adopted Saturnalia and Dies Invicti Solis in order to conciliate the heathen populace, and assigned Christian meanings to these festivals. It became Christmas, the birthday of Christ.

Why We Should Not Observe Christmas

•         Despite the Christian masquerade and appellations, Christmas is essentially a pagan festival. Christians should have nothing to do with it. To claim that the birthday of the pagan sun god is a day for remembering the birth of Jesus is an untruth that is not pleasing to God.

•         Neither the Bible nor historical documents record the precise date of Christ’s birth. Whichever day it was, it could not be December 25. In Judea (present day Israel), there are two important seasons of rain: the autumnal rain and the spring rain (also called the early rain and the latter rain). The autumnal rain starts in November and continues till January. The combination of the incessant downpour and the chilly winter winds makes the cold of the night piercing. Shepherds could hardly be watching their flocks by night in the plains (Lk 2:8–11). The celebration of Christmas perpetuates the lie that Christ was born on December 25.

•         The commemoration of the birthday of Jesus demeans Him because it is tantamount to treating Him, who is God having no “beginning of days” (Heb 7:3), as a mere mortal born at a certain point in time.

•         There is no record of the celebration of Jesus’ birthday in the Bible. Whatever is not instructed in the Bible, we shall not add. Whoever adds to or subtracts from the words of God shall be punished (Rev 22:18–19).

The custom of setting and decorating the Christmas tree was condemned by God in Jeremiah 10:2–4: “Thus says the LORD: ‘Do not learn the way of the Gentiles; do not be dismayed at the signs of heaven, for the Gentiles are dismayed at them. For the customs of the peoples are futile; for one cuts a tree from the forest, the work of the hands of the workman, with the ax. They decorate it with silver and gold; they fasten it with nails and hammers so that it will not topple.’”

•         Easter is linked to a festival of the ancient pagans who celebrated the return of spring and a new lease of life, and is also associated with deities of fertility:

•         The symbols of Easter were adopted from pagan traditions to celebrate the return of spring. Eggs symbolized the return of life at the beginning of spring. The rabbit was a pagan symbol of productivity. An early form of hot cross buns was used in the worship of the queen of heaven 1,500 years before the Christian era.

How Did a Pagan Spring Festival Come to Be Associated with Christianity?

•         According to references such as Encyclopaedia Britannica, there is no indication of the observance of the Easter festival in the New Testament or in the writings of the apostolic fathers.

•         Although some church historians claim that Easter observance began in the first century, the first evidence comes from the second century.

•         Jewish Christians in the early church continued to celebrate the Passover, regarding Christ as the true paschal lamb, but the predominantly gentile church in the west had no festival. In springtime, their societies celebrated the spring fertility festival in honour of the Cybele cult, linked with Attis, the god of agriculture who supposedly died and was reborn each March.

Since this festival of fertility coincided somewhat in time (springtime) and motif (resurrection/newness of life) with an evolved version of the Passover observed by Jewish Christians in the east, some historians have shown that in the later part of the second century, the church in the west adopted it to commemorate the resurrection of Christ in its attempt to garner conversions. The church felt it would be easier for pagans to embrace Christianity if they were permitted to continue with practices they had been accustomed to. Some sources suggest that the Anglo-Saxon Christians subsequently gave this adopted festival the name “Easter” after the Anglo-Saxon and Teutonic spring goddess of fertility, Eostre.

•        There was no consensus within the second century church on when to celebrate Easter. The early Christians followed the Jewish calendar and observed Easter on the Jewish Passover, which is fourteenth of Nisan, regardless of the day of the week. Others celebrated Easter on the nearest Sunday after the Passover. It is said that in his attempt to syncretize the prevalent pagan practices and the Christian religion, Emperor Constantine, at the Council of Nicaea in 325 A.D., set the date for the celebration of Easter on the first Sunday after the full moon that follows the spring equinox.

•         Easter supplanted the Jewish Passover and became one of the most important festivals of the Roman Catholic Church. Some early reformers were aware of the pagan origin of Easter and tried to curb its celebration. For example, John Knox (c.1513–1572), a Protestant Scottish leader, decreed that all pagan festivals kept by the Catholic Church, including Christmas, Easter, All Souls Day, Candlemas, and Halloween were “heretofore superstitiously used” and were not to be observed by the Protestant church. He and others ultimately failed in their mission.

Why We Should Not Observe Easter

•         As in the case of Christmas, the Lord Jesus never instructed us to observe Easter. Rather, He commanded us to commemorate His death often, but without any fixed time: "For as often as you eat this bread and drink this cup, you proclaim the Lord's death till He comes” (1 Cor 11:26).

And what accord has Christ with Belial? Or what part has a believer with an unbeliever?  And what agreement has the temple of God with idols? For you are the temple of the living God. As God has said: “I will dwell in them and walk among them. I will be their God, and they shall be My people.” Therefore “Come out from among them and be separate, says the Lord. Do not touch what is unclean, and I will receive you.” “I will be a Father to you, and you shall be My sons and daughters, says the Lord Almighty.”

Indeed, what agreement has the temple of God with idols? We are the temple of God, how then can we be involved in the celebration and observance of these festivals that are associated with these idols? This is definitely not pleasing to God. Instead, we should set ourselves apart and not follow the world in keeping these festivals.

Some have argued that, while Christmas and Easter have pagan origins, the festivals have evolved into Christian festivals. Therefore, as long as Christians worship the Lord Jesus sincerely, there is nothing wrong observing them.

However, the Bible is clear that God does not only forbid the worship of false gods, but He also detests any attempt on the part of believers to worship Him after the forms and manners of the pagans. Hence, He gave detailed instructions to Moses on the manner He wanted His children to worship Him. Copying pagan forms and manners is abhorrent to Him:

“Observe and obey all these words which I command you … When … you … dwell in their land, take heed to yourself that you are not ensnared to follow them … and that you do not inquire after their gods, saying, ‘How did these nations serve their gods? I also will do likewise.’ You shall not worship the Lord your God in that way; for every abomination to the Lord which He hates they have done to their gods … Whatever I command you, be careful to observe it; you shall not add to it nor take away from it.”

[1] Priests of the Celts who occupied the present day United Kingdom, Germany, France, and Ireland.

[2] The Angles and Saxon tribes who migrated from Germany to live in England before the Norman Conquest.

[3] The Teuton tribe in Germany

[4] The various tribes living in today’s Israel, Lebanon, Jordan, and Syria before the invasion of the Hebrews under Joshua. 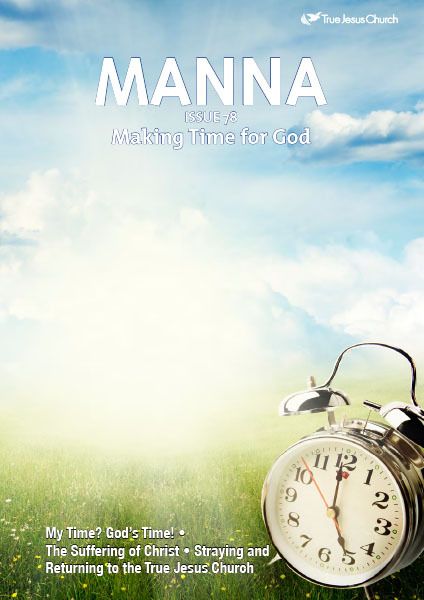